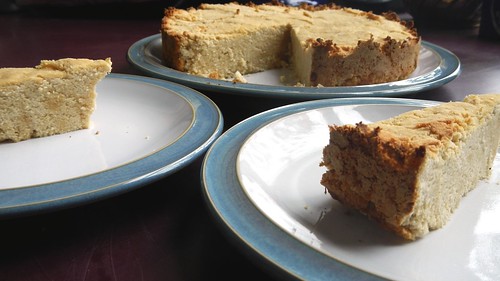 Okay let’s try this again.  If you were visiting last week you’ll know I made a neat little gluten-free cake I found in Canadian Living but I wasn’t totally happy with how it came out.  So today I totally changed the two main ingredients (and two less main ingredients, and the cooking time) and we’re doing this for a second time.  If you notice that the text reads pretty much identically to what I wrote last week, well, it’s because it IS what I wrote last week.  I mostly copy-pasted that stuff, but I bolded all the differences.  Deal with it. 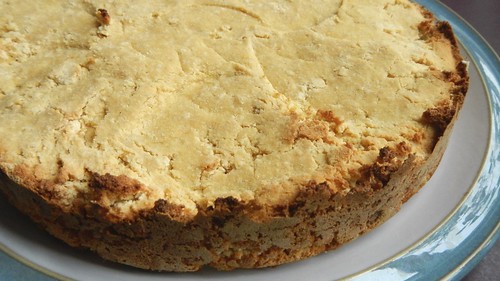 Preheat your oven to 325°F and grease (with butter) a 9″ springform pan.  Line the bottom with parchment paper.  While you’re at it, separate 6 eggs and put the whites in a mixing bowl. 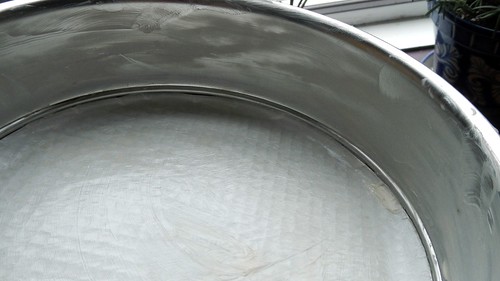 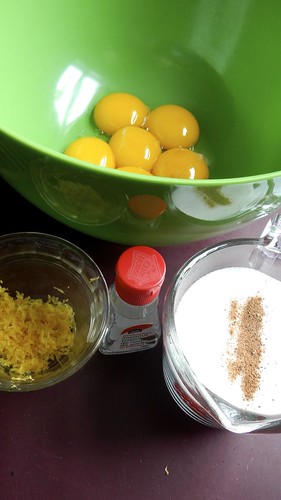 You are going to want to beat this stuff until it turns the colour of butter and when you lift the (stopped) beater away, you get a lovely long yellow ribbon coming out of the end, about 5 minutes. 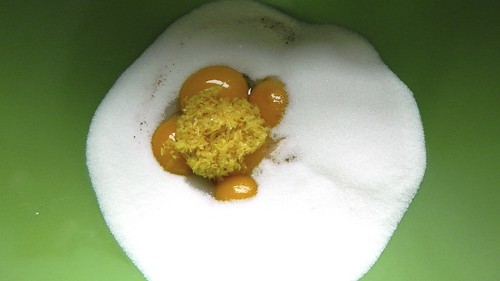 You need 2 cups COCONUT FLOUR for this, and 2 tablespoons LEMON juice, so you might want to get these ready ahead of time.  I just juiced the lemon I took the zest from. Fold the coconut flour and lemon juice into the yolk mixture. 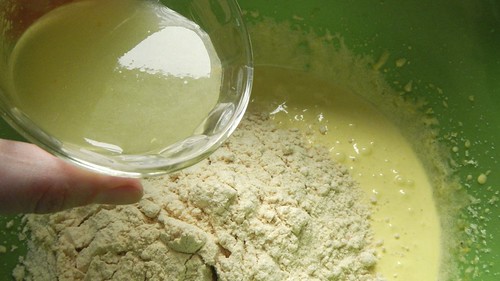 I totally forgot that coconut flour tends to suck up moisture.  If you do this, maybe just add 1 1/2 cups coconut flour. 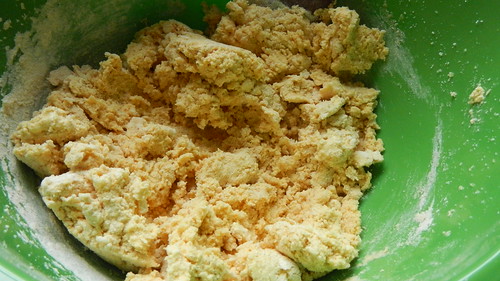 So I added in an additional 1/2 cup of MILK. 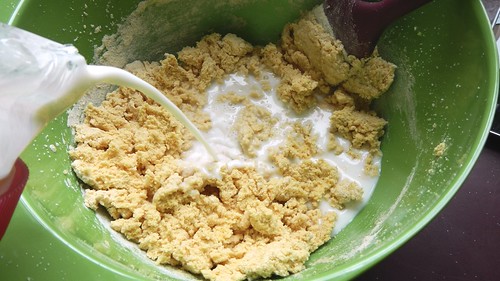 Now take those 6 egg whites you set aside and start beating them until stiff peaks form. 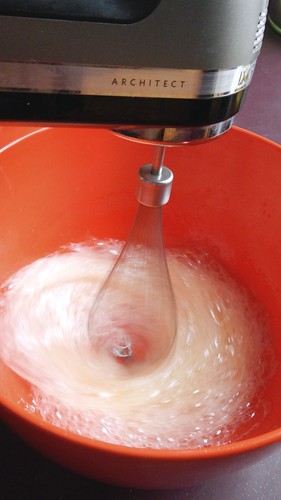 Take a scoop of the whites and stir it into the flour/yolk mix.  This will sort of thin out the mixture in order that it doesn’t crush the rest of your whites in the next step. 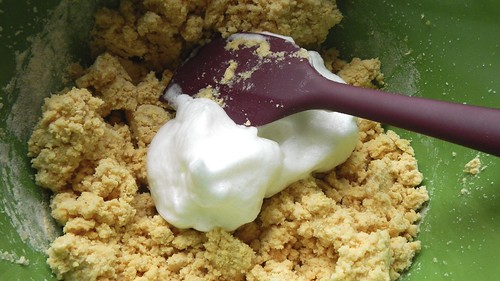 Once that first scoop is combined, gently fold in the remainder of your egg whites into the flour/yolk mixture until fully combined.  Make sure to scrape up from the very bottom to make sure you got it all. Plop the batter into your prepared pan (or press it in this case) and bake it until the edges pull away from the sides of the pan and the centre is golden and firm to the touch, about 40 minutes. 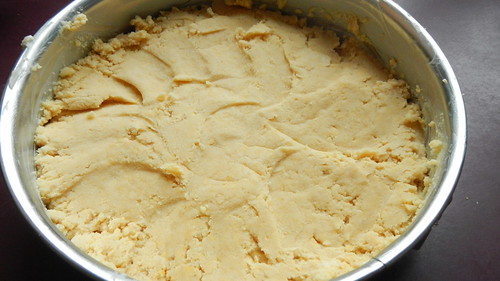 This cake did not fluff up like the previous one.  Let it cool on a rack before popping it out of the springform pan. 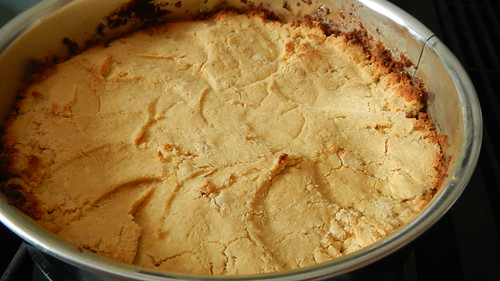 Dust the cake with icing sugar right before you serve it (or the icing sugar will be absorbed into the moisture of the cake).  A nice lemon glaze (try the juice of one lemon heated to boiling with 4 tablespoons sugar) would also work I think. 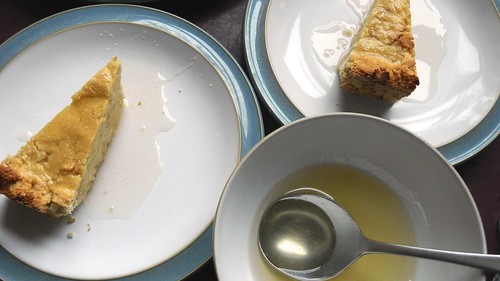